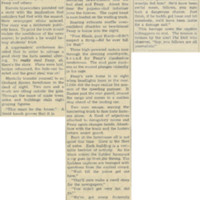 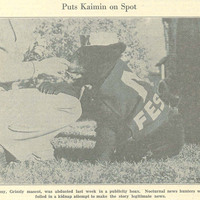 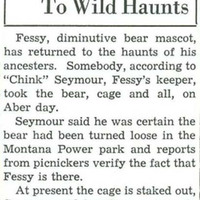 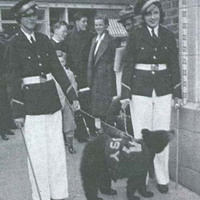 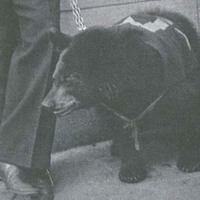 A new mascot named Fessy arrived in 1937. Named after football coach Doug Fessden: Fessy survived an abduction attempt by rival Montana State University but was never fully able to embrace the role of school mascot. On May 6, 1938, the Kaimin reported that Fessy had been released from her cage on Aber Day by an unknown student. Over the summer, several attempts were made to catch Fessy, but she never returned. In the fall of 1938, there was still no sign of Fessy so mascot trainer Fritz Kreiger obtained a new bear, quickly named Fessy II. Fessy II lasted only a year, having no more desire than Fessy I to be a school mascot. According to Kreiger both bears were, “complete failures so far as training goes, which was apparent by their hatred of everyone.”