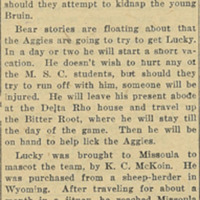 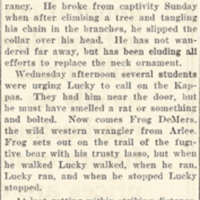 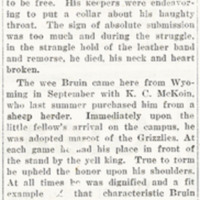 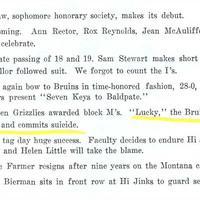 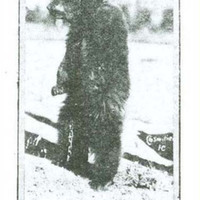 In October of 1920, K.C. McKoin brought Lucky, the second live bear UM mascot, to her new home in Missoula. Lucky was eight months old and had been purchased from a sheepherder in Wyoming. The 1921 Sentinel reported that Lucky escaped her cage in November of 1920 and died shortly after.